A Total Blank At Plantation Lakes

Took a trip to Plantation Lakes this Sunday for a much needed fish. We knew this was gonna be a tough one, a last gasp at the lakes before winter really takes hold (there was a plan to go river fishing but 'the one that got away' convinced us to have another go).

So we arrived with high hopes! Nice and early, managed to get into the car park at 7am on the nose, it was still dark but light was coming into the sky. There were a couple of other cars, good to know we weren't the only fishermen to brave the cold ;)

We headed for the same swims again as they produced results on the previous trip and they look so good: marginal cover either side, a good open water stretch and two islands with a channel. I went with a couple of hair rigged pieces of plastic corn on a bolt rig fished over groundbait with chill hemp and corn mixed in front of the island and a feeder with maggots and liquidized bread on the right of the swim in the margins. Dad, in the swim to my left, went with float fishing bread and maggots and a light ledger in the margins.

Five hours of fishing and nothing... Not a bobbin raised, a float dipped or a rod tip twitched. The whole lake was dead! No one was getting anything. To make matters worse, at around 12pm three blokes moved in the swims to my right. What commenced could only be classed as a casting competition! They all had two rods each, one on float and the other on bolt rigs. Each rod was cast on average every 5 minutes?! If there were ANY fish in the vicinity, they we're swiftly making their way to the other side of the lake...

I put up with it for around an hour and something had to give - either they got a shouting or I was moving. Working on the basis that there were no fish in my swim and if there were, they would've swam off after the constant rain of weights splashing down on their heads, a move was the go so I relocated to a nice calm bay on the far side of the lake.

It looked perfect: a bay on my left and right, good margins and open water in front of me. However...

There were two pole anglers on the far right of the swim who JUST WOULDN'T SHUT UP! Unsurprisingly, the main topic of conversation was the lack of fish they were catching...  Noise travels very well over water, I can only imagine the fish got as bored of the sound of their voices as I did.

I've said it before and I'll say it again: if you want a chat, go to the pub. I don't come fishing to listen to what was on TV last night, or what the misses is bitching about, or how 'there are no bloody fish in here' - I come to catch fish and have a peaceful time on the bank side. And your constant shouting between swims is really bloody annoying!

We started to pack up around 4ish as the light was fading fast with out so much as a bite. And then one the three casting champs hooked a fish! There just ain't no justice in the world...

One reason for the dry day could've been that the match that was sposed to take place on the horse shoe lake the previous day was held on the coarse lake. Apparently it fished very well, which would explain the lack of fish gracing our nets!

A beautiful day out though and we'll be heading back. I've a feeling that the lake will really come into it's own in the summer and'll provide a good days sport.

We've a spot of river piking planned for just after Christmas, fingers crossed we'll hook into some fish then. 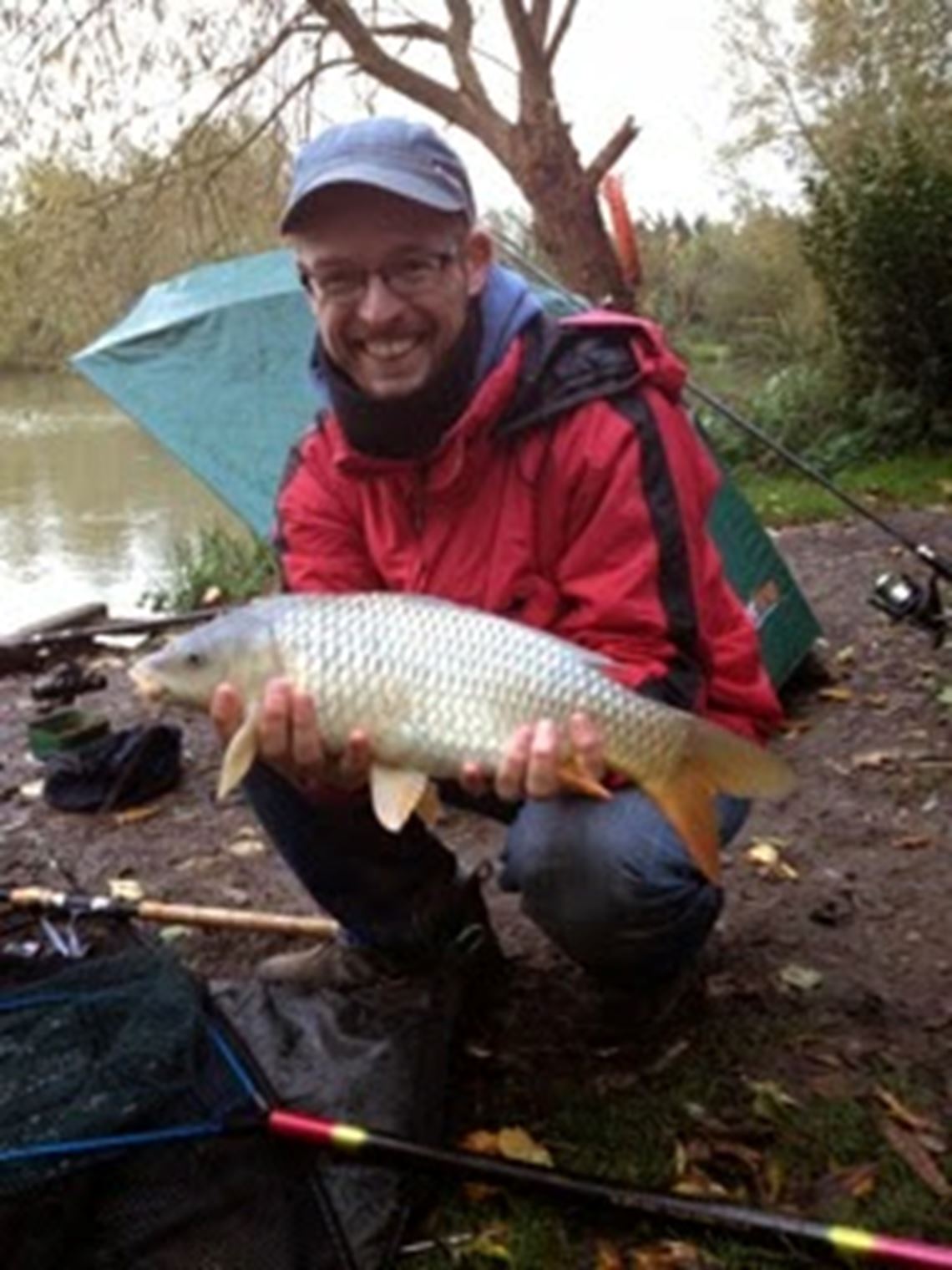