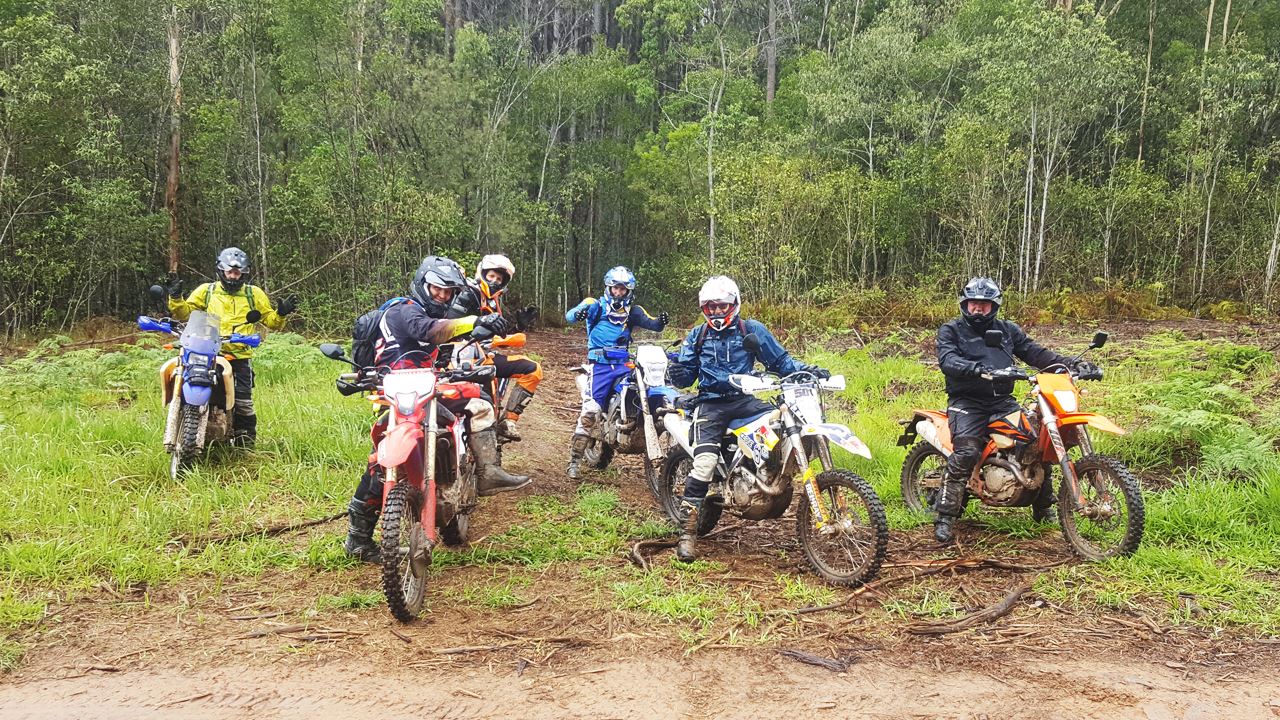 Mudfest Ride at the Glasshouse Mountains

Normally the rain puts a frown on my face, but not today... We were heading up to the Glass House Mountains for a ride and rain means puddles!

I've only done a handful of rides up at the Glass House Mountains but it's quickly becoming my favourite playground for the bike. It suits my riding style as there's plenty of mud, water, sand and single tracks to blast through. It's also only about a 40 minute blast up the highway from me meaning it's completely doable on the DRZ400 without having to trailer the bike.

There were eight riders out today, Luke on his WR250, Matt on his new Husqvarna 510 (which turns out to be the best bike in world!) along with Ronnie and a new face Scott on their KTM's. We also planned to meet Ian on his WR400 and Steph on her KTM out in the forest. Jeff on the Honda CRF400 was going to 'find us' on the trails...

So how the hell was Jeff going to find us?! Well the plan was to run the Life360 app on our phones. I've never used it before but you create circles of friends in the app and it plots your location on to a map... Lets see how that goes!

After spending 10 minutes sheltering from the rain at the Big Fish Tavern we decided to ride out in the drizzle and get into the forest. It was clear from the start that today was going to be pretty epic as after a couple of minutes riding down a sandy track we hooked a left and hit the 1st single track.

And it was amazing! Winding through a twisty track, trying to keep on the pegs to stop the front wheel washing out in the wet sand, hopping over logs, ducking to avoid low hanging branches - so much fun.

The day carried on with more of the same, mainly whipping through single tracks with the occasional blast along a dirt road to get to the next turn off. Amazingly, Jeff did find us! We'd just started on another track when he appeared, my phone had led him right too us.

We met with Ian and Steph at around 9.30 and headed off again, this time down a pretty steep muddy decent in search of a track they'd hit a couple of weeks ago. No joy finding the track, but getting up and down the slick muddy slopes was good fun.

There were a couple of spills, pretty much everyone dropped their bike at some point and we had to get the tools out on one section to fix Stephs throttle which was sticking. The only real disaster was that Luke realised he'd lost his tool bag along the way... We did double back in an attempt to find it but it was a little like looking for a needle in a haystack.

Amazingly though, he got it back! Steph put a post in a Facebook group she's part of asking people to look out for it and someone found it and returned it to Luke the next day - bit of luck that.

As always, the ride was captured on the excellent Relive app running on my phone.

But sadly, apart from the group shot I didn't get any other photos - I was to busy enjoying the ride! So I managed to get a couple of shots of the bike before she got a bath, just to prove how much she was caked in mud! 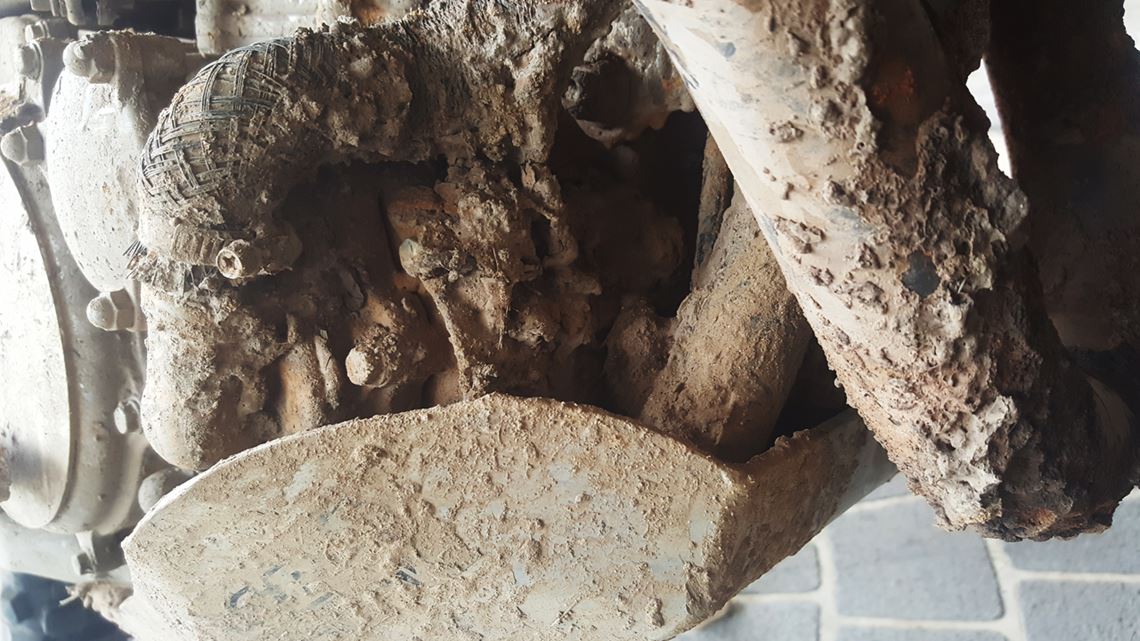 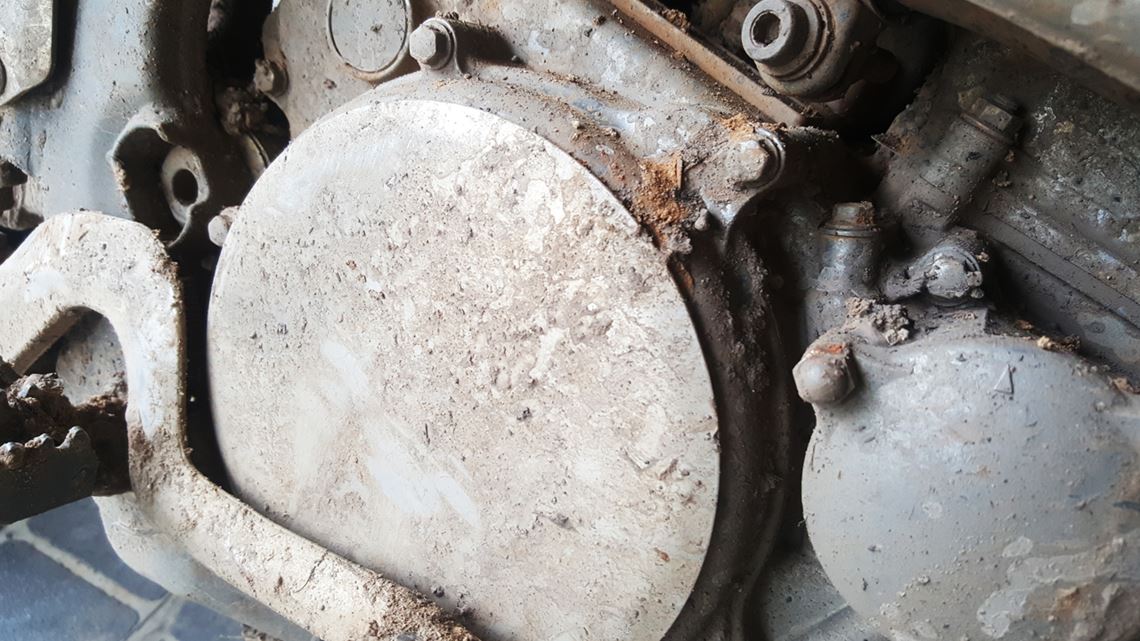