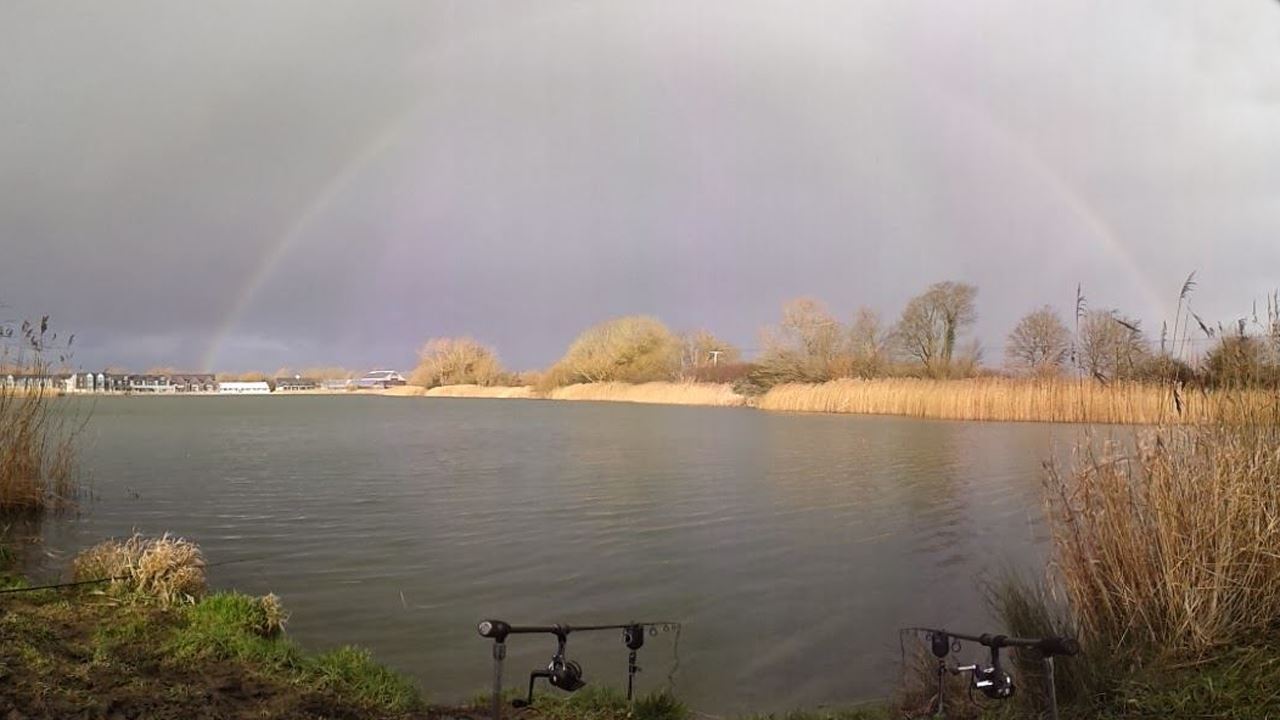 We'd been itching to get out on the rivers but as the weather over Christmas was pretty foul everything was in flood!

So as a backup plan we decided to head out for a piking session at Watermark Fisheries The Pike Lake - Lake No.6. The last time I'd caught a pike was back in 2004 up at Pixies Mere so I was really looking forward to the session.

Got off to a bad start... The weather report threatened a similar downpour to the one on Monday and then on boxing day, the car decided to blow both the front headlights and the clutch that'd been playing up since we bought the bloody thing finally gave up!

Perhaps we should've taken it as a bad omen... The fishing gods were trying to tell us something?

All was not lost though: Dad very kindly offered to come and pick me up and we decided to risk the weather so we we're back on.

In the end, the weather wasn't too bad - we were treated to a full rainbow. Which was rapidly followed by a massive rain shower, then sun, then a hail storm!

All of which you would've thought would bring the pike on? But no dice...

We tried every bait imaginable but they just weren't up for it. I managed to loose two of the floats I'd brought spesh for the trip on an invisible snag just off to the right of the swim (and they aint cheap!).

It was great to be out - but I would've loved to have seen a fish on the bank!

So the 2nd blank after the last one at Plantation Lakes - really hoping this isn't setting the scene for 2014?!