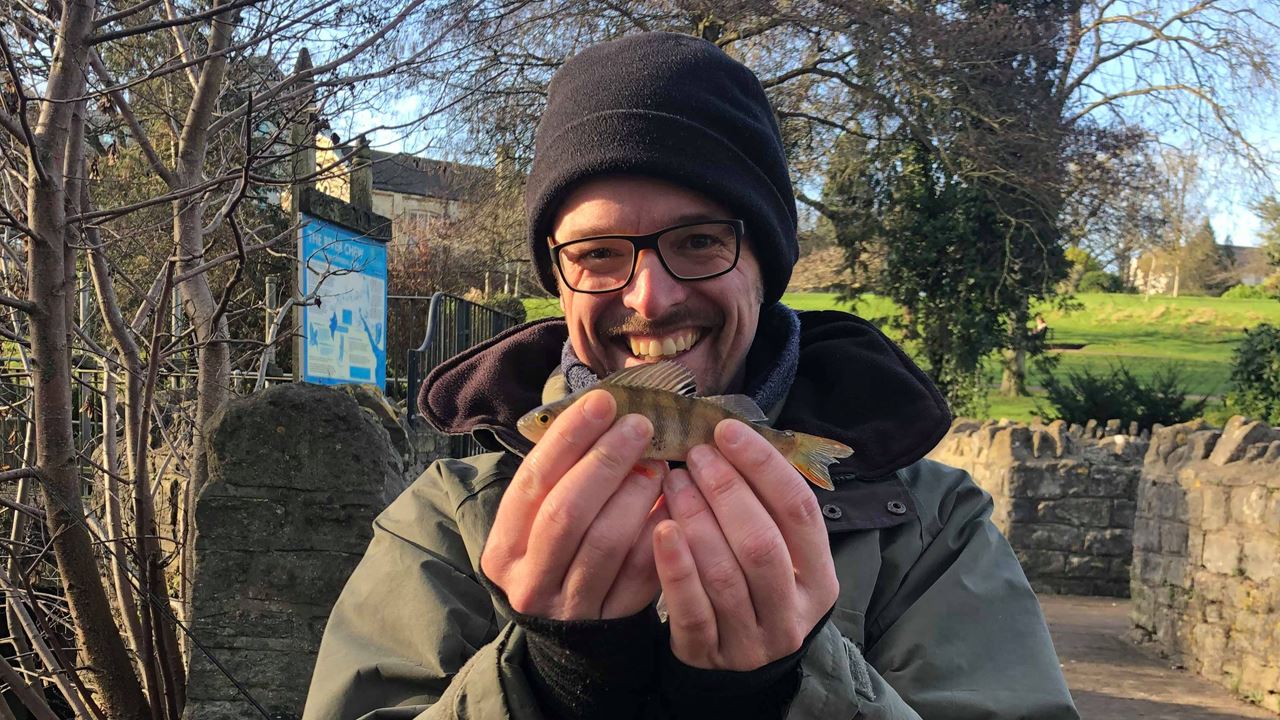 My 1st Lure Session Fishing For Pike And Perch

My approach to piking has always been to use deadbaits, I guess mainly as it's most similar to carp fishing in that you set traps and then generally have to sit and wait. So lure fishing was going to be a whole different experience: light rods, tiny lures, casting, casting, casting, constantly moving...

To be honest, it was going to be a bit of a leap of faith! I know that people do catch pike using lures on the river (Jim has caught loads!) but until you've got one on the bank yourself, there's an element of disbelief about it... Why would a pike turn it's nose up at a nice stinky sardines in favour of a wiggling bit of plastic?!

As all my gear is basically carp tackle the 1st task was to get a rod. Luckily for me, a quick search on Gumtree resulted in a sweet 6ft telescoping spinning rod for all of £10 - perfect! Once I'd picked that up, it was a case of spooling up an old float reel with 40lb braid and I was good to go.

Jim very kindly kitted me out with some lures: we started with 5g Fox soft plastic lures and had some 2 gram Fox micro lures for hunting down perch if the pike weren't having it (although Jim did point out that pike will happily take a micro...). They looked so small in comparison to the deadbaits I use, even sprats were bigger that these things!

The venue for the day was to be the River Avon at Keynsham with the plan being to start at the lock and cover as much water as possible. It was a freezing cold start and the bridge and lock looked fantastic with the vapour raising off the water... However after a couple of hours casting covering the lock, the main river and the wash just past the weir we decided to head up the River Chew that runs through Keynsham Memorial Park, just in case some perch were around...

Although we saw fish in the park stretch it was a likely looking spot next to the weir that produced my 1st bite! Luckily for me, this tiny perch saved me from a blank.

We did walk back to the lock at Keynsham and I proceeded to lose several perch on micro fry lures... But the day did wet my appetite for lure fishing and if a tiny perch brought a smile to my face, imagine what a 10lb pike will feel like ;)

To be honest, I wasn't expecting too much! The only thing on my side seemed to be a warmer weather front coming and although it was raining on and off, I was really hoping it would swing things in my favour and the carp would be up for feeding.

I arrived in a downpour and after a mad dash to get the kit into the hut, slung two zigs and a bottom bait out. The zigs were at 4ft and 7ft but I varied the depth and position over the next hours and then swapped all 3 rods over to bottom baits an hour or so into darkness (although zigs do work at night, I've never had much luck with them at Follyfoot).

Over the course of the night I had 5 fish to 17lb which was a bit of a result! All the fish fell to Sticky Baits Buchu Berry Wafters in medium size PVA bags of mixed pellets.

The bites completely dried up early in the morning and although the weather changed to a sunny day, there was a stiff breeze heading down the lake and the fish at Follyfoot seem to really dislike wind and chop on the water.

So not a bad winter session! It was great to be out on the bank after such a long gap and who knows, if it stops raining sometime soon I might make it back on over to the river for a pike session sometime soon... 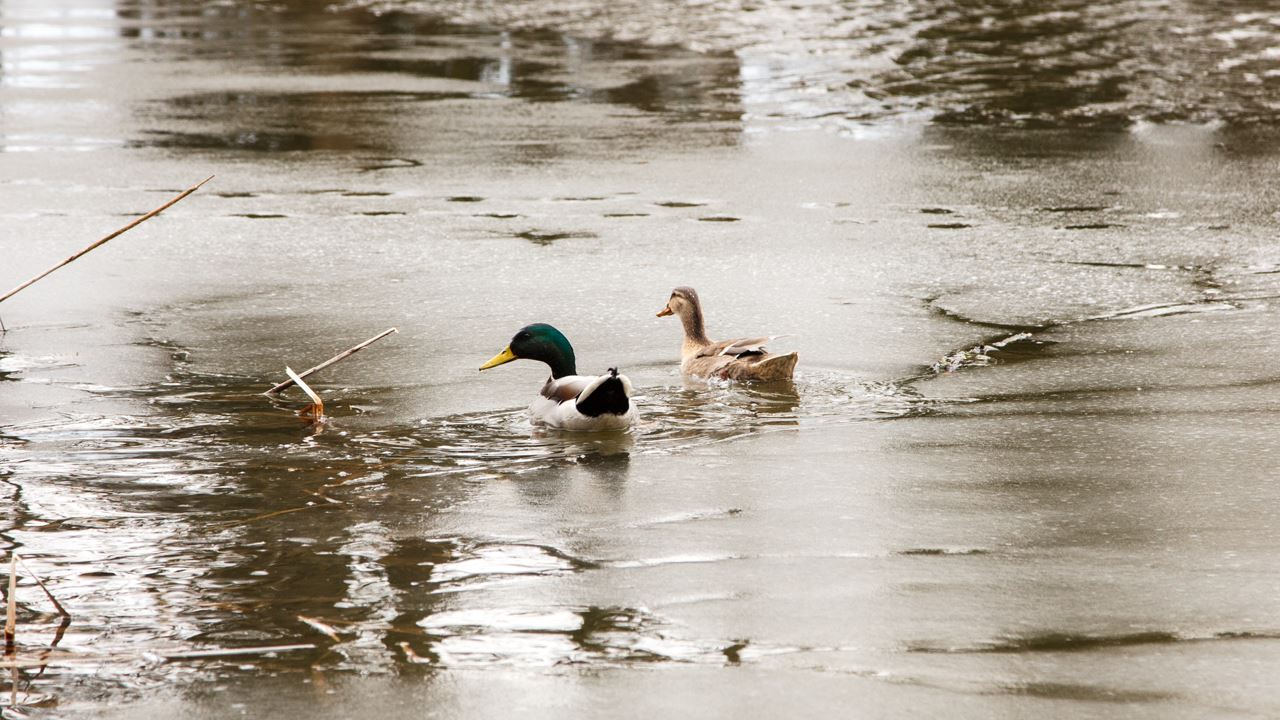 After a run of excellent winter carping sessions throughout January and February the weather finally turned for the worse and I've suffered my first blanks in a long time...

The first one was just before the snow arrived in Bristol. I've been desperate to try Ashlea Farm since joining the Crosshands Angling Club and decided to give it a go last Monday. The sun was out and good weather was predicted for day but I arrived at the lake to find half of it frozen over... I did fish for a couple of hours but my heart wasn't in it, plus one of the local farmers was burning something disgusting and the smell was making me feel seriously ill! Not wanting to completely give up I headed to the Holiday Inn lake only to find that completely frozen over... At that point I called it quits and headed for home.

The snow disappeared almost as quickly as it arrived and today I decided to come up the the Holiday Inn lake for a day session. Although it's warm enough the top end of the lake towards the hotel is still frozen and try as I might at the bowl end, I just couldn't nick a bite...

It's funny, in my head I always think of winter as being November to January but it turns out March is the worst!

Last minute update: I wrote this post on the bankside and didn't have time to update it... I didn't blank! In the last hour of the session it started raining and I managed 3 fish in the space of 10 minutes! My guess is that the slight change in temperature and conditions triggered a feeding spell ;)

Two And A Half Hour Winter Carp Challenge

It's cold... So cold! Maybe too cold to fish?! Naa... And as I had a two and half hour window late in the afternoon this Saturday I decided to put it to good use and see if I could catch a winter carp or two.

If you've been following this blog or my YouTube channel you'll have noticed I've been fishing up at The Holiday Inn Lake (otherwise known as 'The Crest Lake') quite a bit recently and it's yet to let me down in terms of bagging up (a rare thing in winter!). So after dropping my daughter off I headed to the lake, pulling into the car park at 3pm on the nose and then ran round to the 1st swim to get set up.

As it was late in the day I decided to fish a swim at the top end of the lake where the sun would've been on the water for the most amount of time. It's also shallower at the top end and my thinking was the fish may have moved into the warmer water as the day wore on.

The proven tactics so far have been a feeder rod with liquidized bread and sweetcorn hookbaits and today was no different as I had my 1st bite within 10 minutes of casting out! And amazingly, the bites kept on coming with 6 fish in the net and two lost. Baring in mind I've had this number of fish to show for a whole day session in the past, it wasn't a bad result. Just goes to show that reading a lake to figure out where the fish might be and getting on them can result in bites even in the coldest of conditions.

The weather is set to get mind bogglingly cold over the next couple of weeks and with chilly winds, heavy frosts and snow predicted so this might be the last lake session for a while... I'm really glad I braved the elements today even if I couldn't feel my face or fingers by the time I packed down! The heater in the car never felt so good... 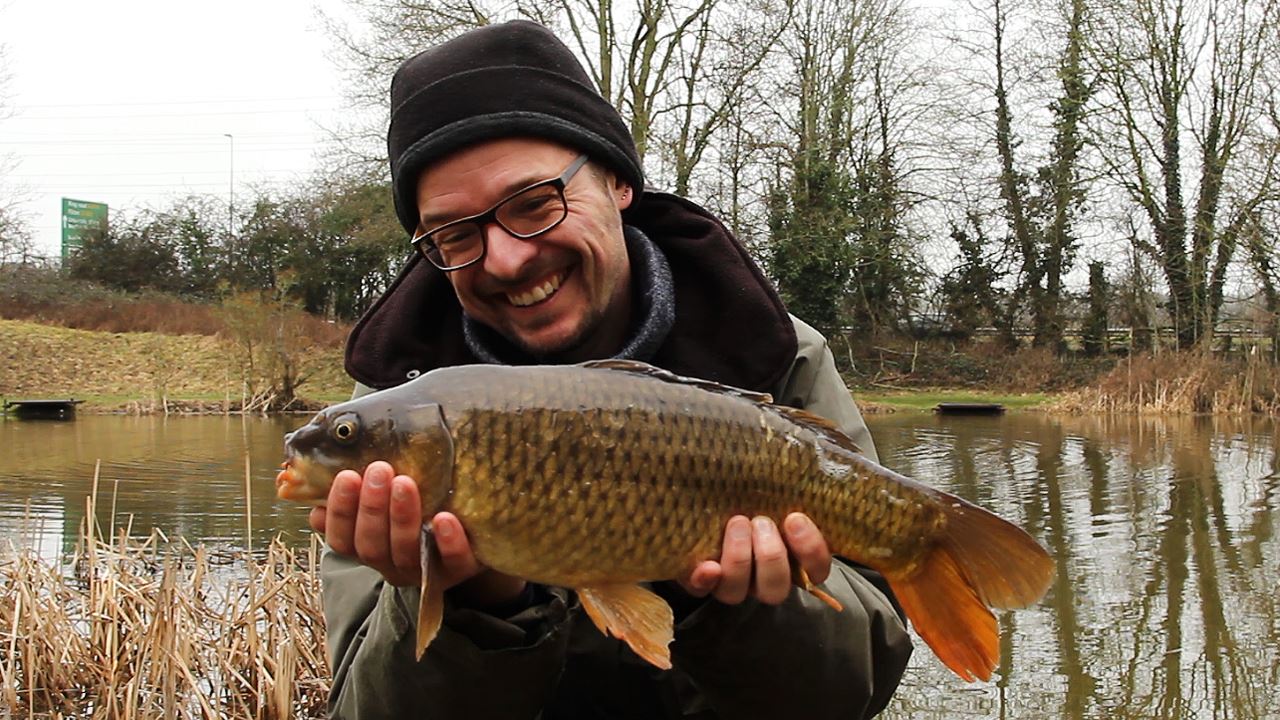 A Slow Winter Session At The Holiday Inn Lake

Conditions looked bang on for some action with the day starting warm and drizzly and then turning overcast. But for some reason I just couldn't get amongst the fish...

The day started well with a carp falling to the feeder rod within ten minutes of the first cast but with nothing else to show for the first couple of hours it was beginning to get tough...

I persevered though, casting every twenty minutes or so and moving swims six times but nothing I did triggered a bite. Things got so dire that I wrote this blog post during the session!

Luckily the final move to the thinner end of the lake (pegs 20 and 21) produced some fast action with 4 bites and a couple of lost fish in less than an hour. If that doesn't prove that location in winter is key I don't know what does ;)