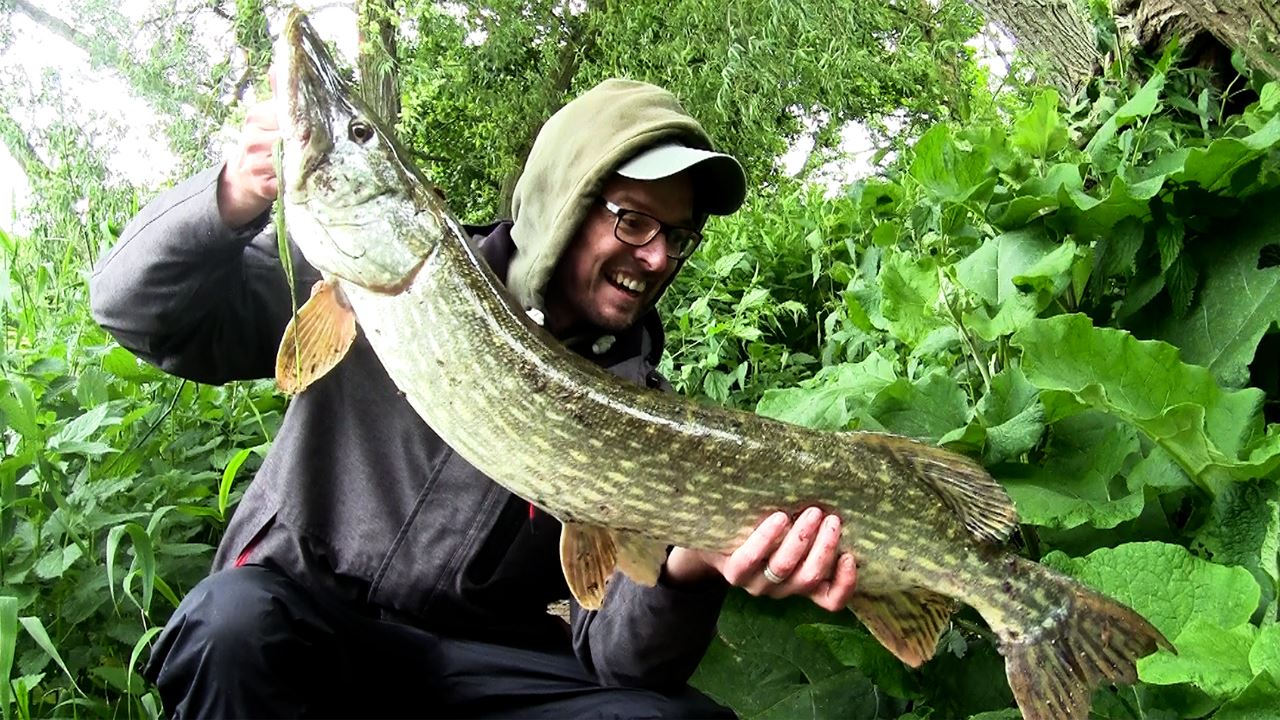 An Excellent Start To The 2018 River Season!

It's the 16th June and that means one thing: the rivers are open for fishing again! With the season closing in March with an amazing monster pike, I've been itching to get back on the Bristol River Avon to chase down some of it's excellent chub. The question is, would it be a repeat of last years heat-wave, snapped-rod, boats-playing-reggae, virtual-blank disaster?!

Well for one thing, the weather wasn't going to be nearly as hot as last year. In fact, the BBC weather app was predicting rain from 8am until lunch time... Not my favourite but maybe better for the fishing as chub don't tend to feed in bright conditions! I know a lot of anglers camp and cast out at midnight but as the rules don't allow for night fishing on the Bristol River Avon I decided to get up at stupid o'clock instead - 4.30am to be precise... Madness I know but I had a feeling the banks might be busy and with such limited swims due to undergrowth at the Swinford end of the river I wanted to make sure I was in the running for a decent swim.

Leaving that early meant there was no traffic on the road so I pulled into the busy looking layby outside the Swan Inn at around 5.15am - not bad going! As predicted, all the fishable swims in the first field were occupied - seems Bristol does have some keen anglers after all! Not to worry, due to the banks at Swinford I had it in my head I'd try and fish the 'fallen tree swim' in the second field (otherwise known as 'Chub Alley') and was relieved to find it empty of anglers. The plan for the day was to target chub with one rod fishing a cage feeder and the second rod fishing a float. I've had such success with good old Spam in the past, so hook bait was an easy choice although I did have sweetcorn as a back up. Before setting up the rods I primed the swim with a couple of balls of groundbait mix consisting of tinned tuna, hemp, liquidized bread and method mix groundbait.

So the rods went out, the feeder in the deep margin in front of the streamer weed to my right and the float a couple of rod lengths out into the flow. And believe it or not, the float dipped on the first run through - chub on! And while I was sorting out that chub, the feeder rod rattled off with another chub - amazing!

The have two fish on the first casts of each rod was pretty amazing. I was made up, it was definitely worth getting up so early! The next couple of hours disappeared with chub after chub falling to the float. The feeder rod was silent, although I was getting the odd pluck on the rod tip... But with the float rod producing so many fish, I wasn't worried - I was having too much fun!

There weren't too many other species showing themselves, although I did have a dace on one retrieve. But then from nowhere, I had a completely different bite where the float slid rather than dipping under the surface... the result was a perfect condition bronze bream of around 3lb. This was just getting better and better! 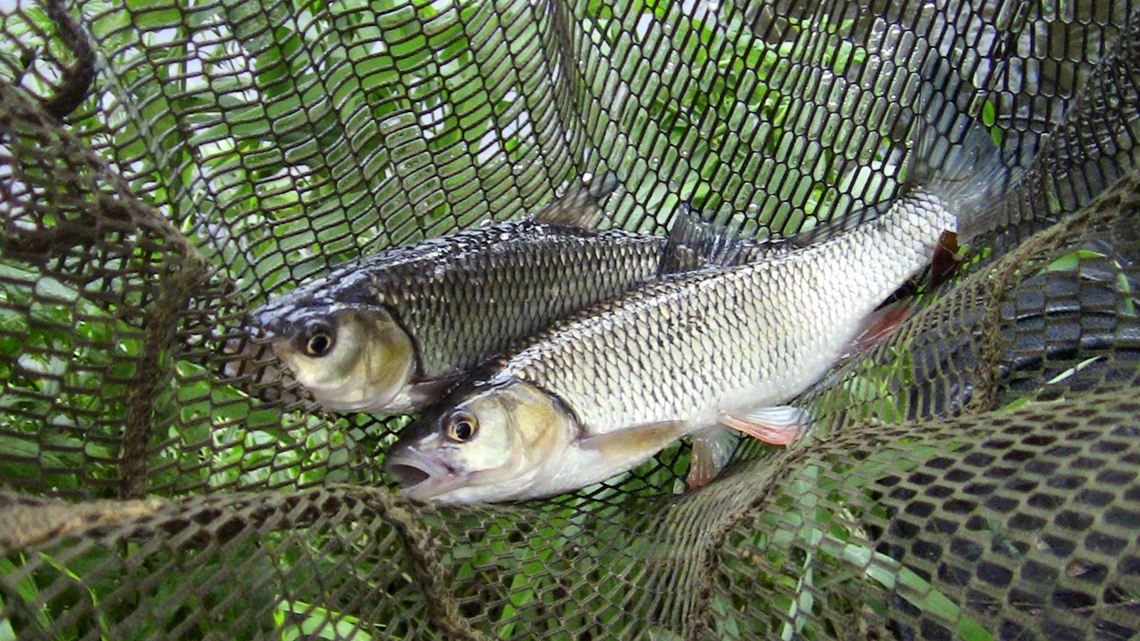 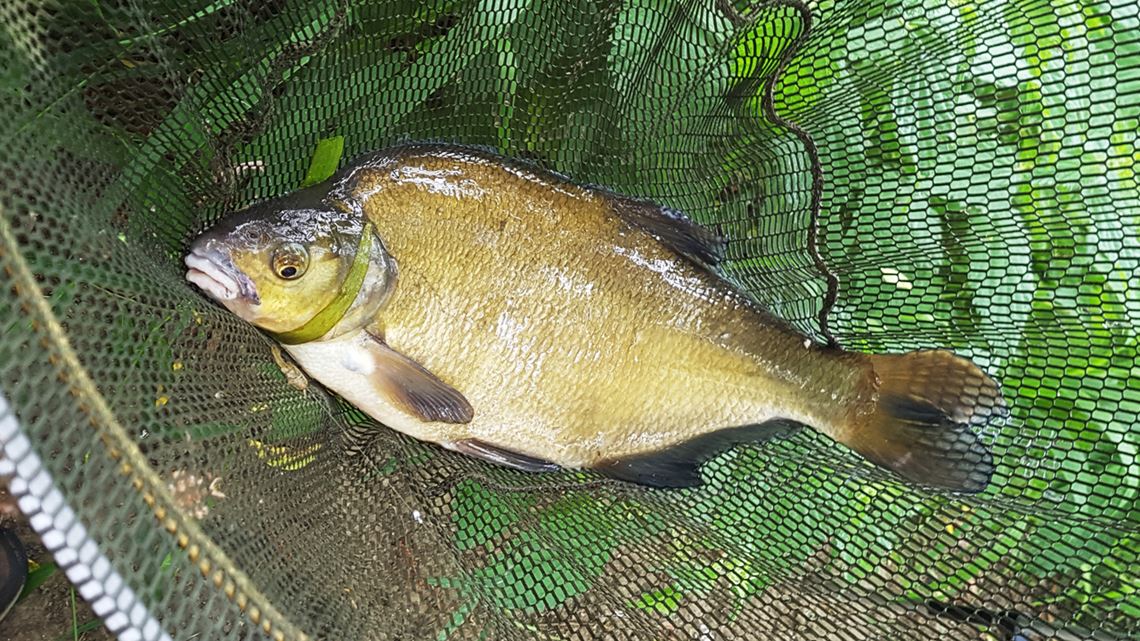 The bites began to dry up a bit as the rain eased off and the sky became brighter. I switched the feeder rod over to sweetcorn to see if a bait change would spark some interest and cast it out further into the flow. However the potential culprit for the sudden slow up of fish activity showed it's head on the next retrieve of the float rod: I'd had a bite higher up in the swim from what turned out to be a small chub and as it came into the bankside, a massive head erupted from the deep and a huge pike attempted to strike the fish!

Now I've never fished for pike in the summer months as they're far more active in the warmer months and tend to gobble down baits which potentially means deep hooking. However on the advice of some other anglers, I'd been told that lures were the way to go. I didn't have any lures but I did have some sprats so the plan was to fish them pure style on a small trace and see what happened...

So both rods came in, I rigged up the feeder rod with a sprat on a short wire trace and I got casting around the swim. Five or so casts later, the line pulled and the rod tip jerked and I struck into a solid resistance - summer pike on! And it absolutely tore off, they go in winter but they really, really go in summer I didn't have any scales on me but I guestimate it was around 16lb to 18lb - what an amazing result?!

Not surprisingly, the swim was wrecked after that and although I did have another couple of small chub, it really felt like the best of the days fishing had passed and I decided to call it a day. But what a start to the season?! A net full of chub, a cracking bream and a monster pike - and it wasn't even 11.30am, just amazing.