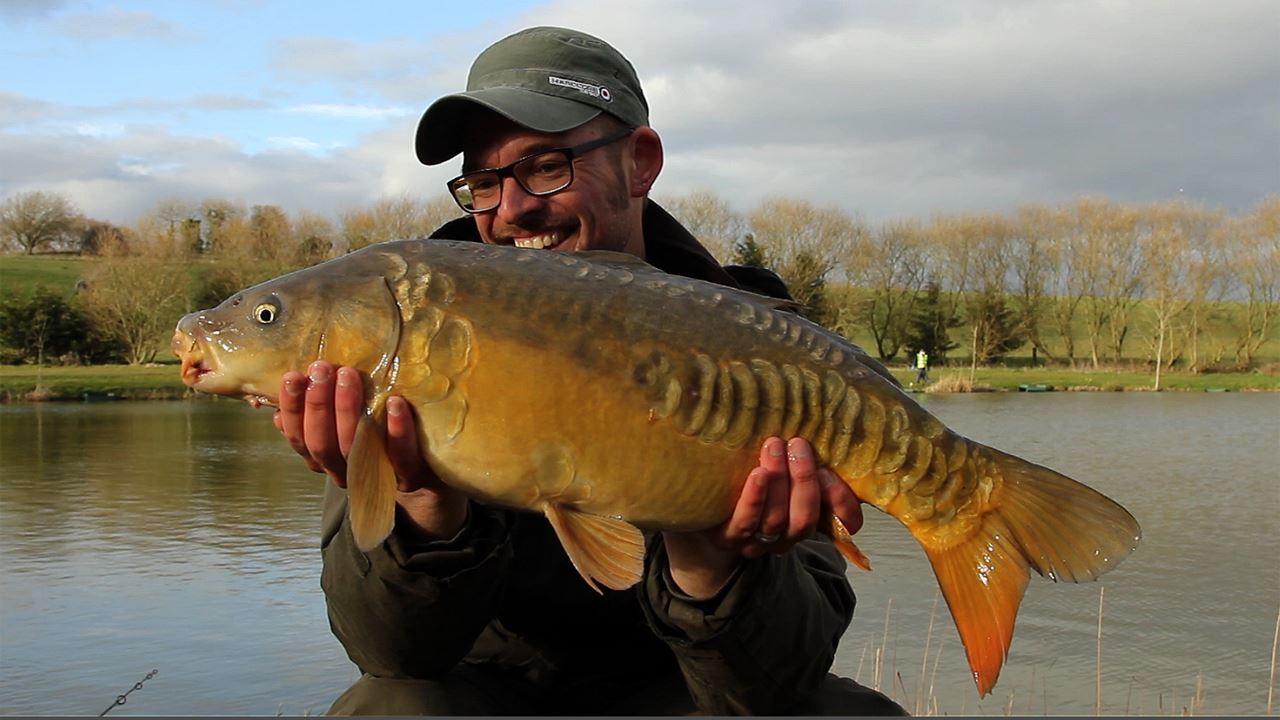 I've been desperate to have another go at Hunters Lake and after a shocking couple of sessions at the beginning of Easter week I decided to head to a day ticket water closer to home rather than heading out for another miserable night on the bank!

The weather continues to be a challenge and today was no different: misty, rainy, windy, cold but then brightening up later in the afternoon. The drive out of Bristol wasn't too bad and after a detour to Premiere Angling to pick up half a pint of maggots I started down the twisty turny roads towards the Hunters Rest Pub and the lake.

The mist had got so bad that upon arriving I couldn't actually see the lake from the car park! It was eerily still and quiet as I borrowed the gear through the fields (two nights in a bedchair and my back was shot, so no rucksacks on shoulders today...). Not surprisingly I found the lake was deserted...

I started about setting up the gear and it was then that disaster stuck: I'd reorganised my bag after the trip away, skimming it down to day session gear and although I'd packed two rods I'd somehow only packed one reel...

Aaaarrrrg. How incredibly annoying! After turning the air blue and working through every possible idea of what to do I decided to make the hour round trip home to get the reel... Just really, really irritating.

So after another long drive I arrived back at the lake at 11:30am slightly stressed out but this time with the right amount of tackle. My idea was to do a lap of the lake but as I arrived in the point swim I'd fished in my my last session a carp jumped close to the tree island... A good a sign as any that there were fish in the area! I wasted no time getting the feeder rod set up and baited with a ball of 12 or so red and white maggots. Luckily my first cast was on the money and I set about sorting out the ledger rod which I'd decided to fish close to the second small island, again with maggots.

I didn't have to wait long for a bite as the feeder rod rattled off ten minutes later. A nice scaley mirror was on the end, nothing massive but it was a start. 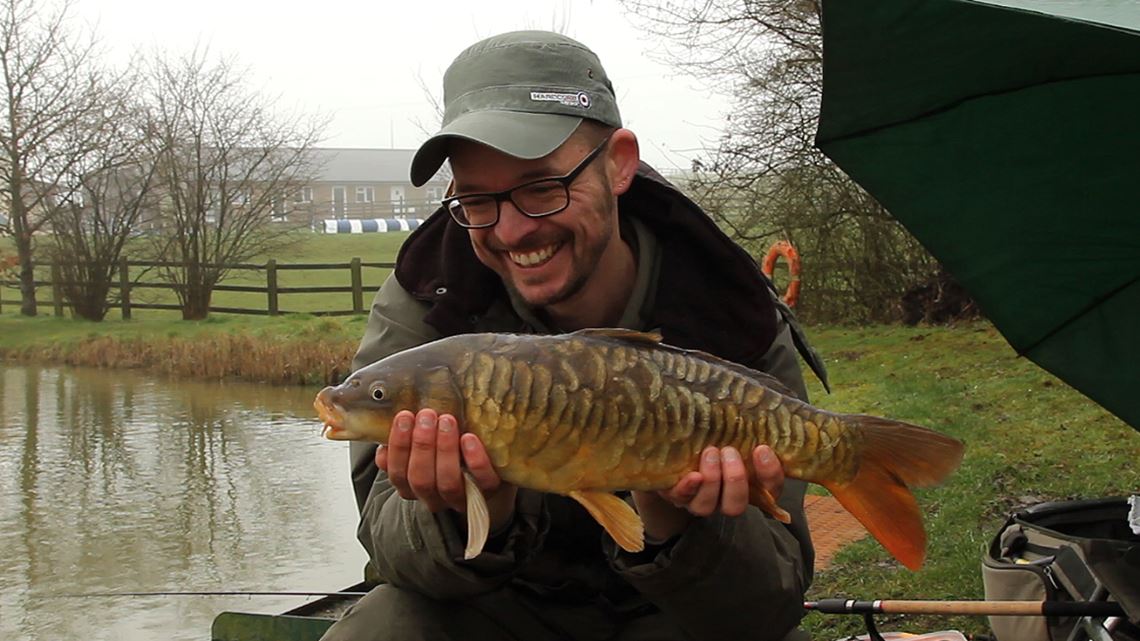 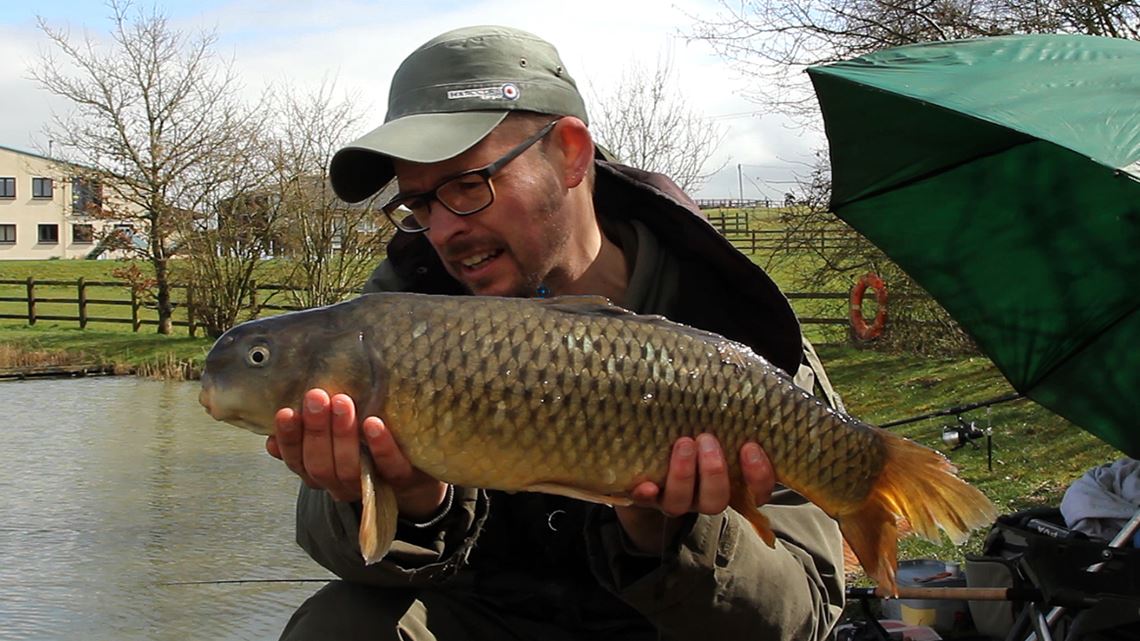 And then nothing happened for quite some time... I got badly snagged a couple of times and lost a feeder (work party task, clearing snags?). The weather changed with the mist burning off and the sun coming out occasionally from behind big fluffy clouds. The big problem though was a cold wind started blowing across the lake, strong enough that white capped waves were washing into the far bank... not ideal!

So after a few hours of no action I decided to up sticks and head round to the other end of the island. It would mean fishing head on into the wind but it would be worth it if I could locate some fish.

Twenty freezing minutes later another move was on the cards as although I'd had one aborted pickup on the ledger, there wasn't anything else happening. As the fish didn't appear to be on the end of the wind I decided to try the sheltered bank near my original peg. The water was flat calm and I fancied the idea of a bit of margin stalking.

One thing that I'd started doing since arriving at the lake was to prebait some margin spots. Having had a bit of a lead around on the last session I'd discovered that the margins were straight down from the bank side and pretty deep. As I'd loads of hemp and maise left over from my fishless overnight sessions I decided to bait three spots and headed over to the first of these.

Over the next hour I had loads of liners and one aborted pickup but nothing really happened. It was fun though, sneaking around and dropping a rig into a likely looking spot, I've a feeling that once it warms up (if it ever warms up...) the margins will be very productive...

Although it had been tough going so far the action really picked up for the last couple of hours. Maybe the island spot being rested made a difference but I picked off three fish in quick succession! But the real excitement came from the prebaited near margin spot to my right. As I'd been baiting with hemp and maise I changed my hookbait on the ledger rod to two grains of maize that I'd been soaking in pineapple liquid - super sweet!

The rod was placed by hand and walked back to the rests and it took about five minutes for the first bite to come... The bobbin hit the blank and the rod ripped off with a one toner - very exciting! 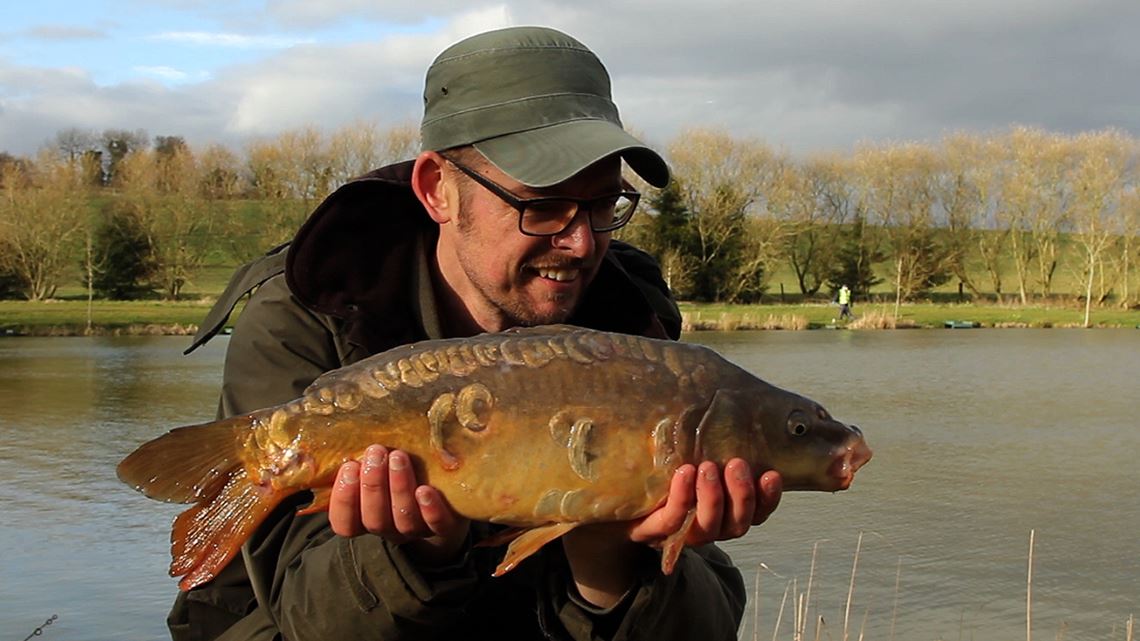 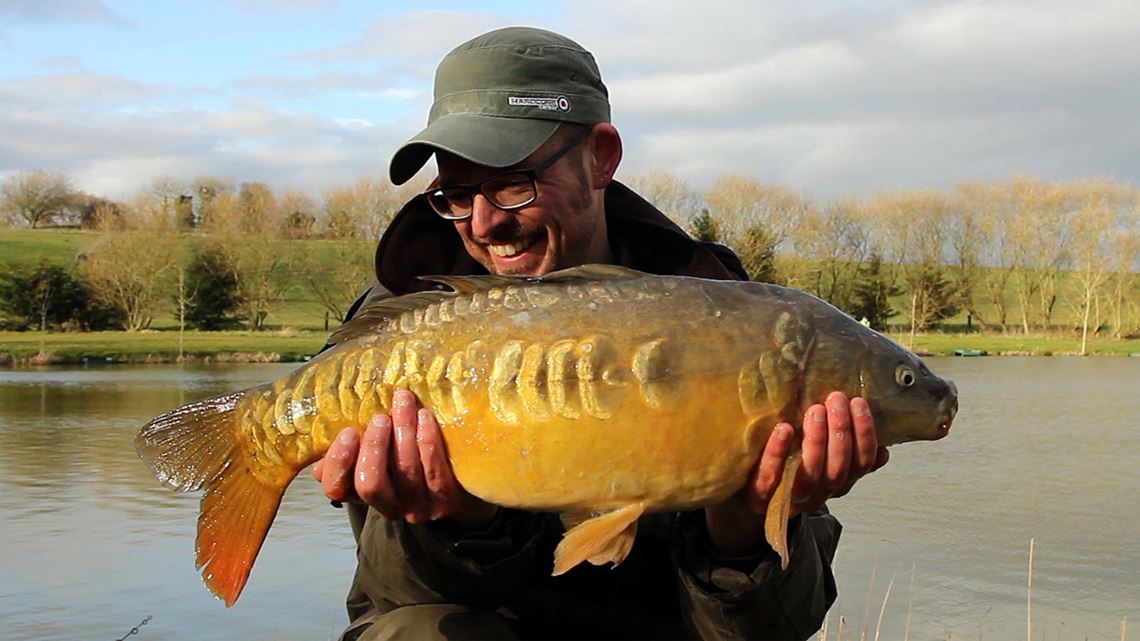 I managed two more fish from that margin before packing down, a smaller common and another bigger common that had got snagged on a broken line. Luckily I managed to untether it and get the line out of the lake but I decided not to photograph the fish as it was a bit of a struggle getting it in.

So despite the weather, the reel fiasco and the later than planned start it was another enjoyable session at Hunters Lake. Unfortunately I've only till the end of May to fish the lake as the Crosshands Angling Club have decided to drop their membership of the federation meaning the access to the River Avon is being dropped. As they've also dropped Ham Green lakes but not changed their tab price so club membership isn't really an option for me now.

So I'm on the hunt for another club! It's a shame as the Holiday Inn Lake, Hunters Lake and the River Avon have all been really fun to fish over the last couple of months. I was also very keen to fish Ashlea Farm but maybe I can sneak a session in there before my ticket runs out...