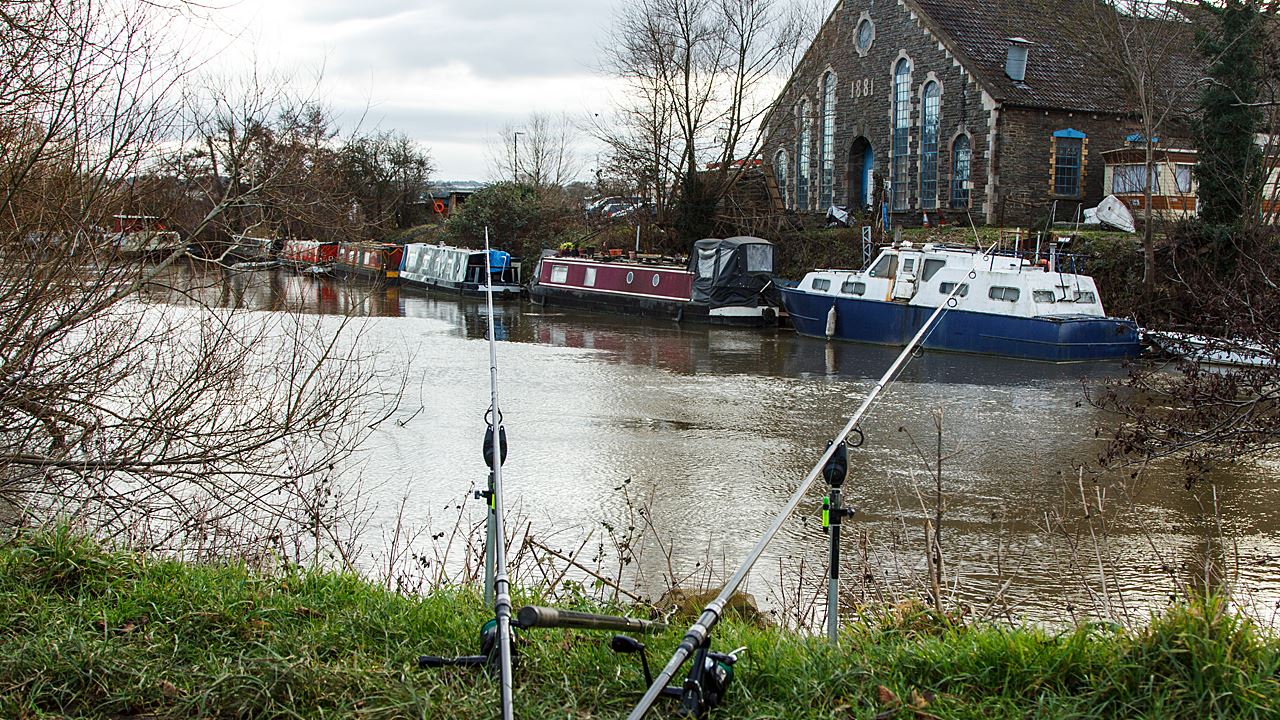 I got a surprise couple of hours this Saturday to go fishing so decided to head over to the Bristol River Avon to see if I could catch a pike or two.

Most of my efforts this season have been focused on The Crane stretch of the river but today I decided to check out the conditions down at the Swineford end. The thing I'd forgotten about was the recent rain we've had... The river was very, very high, fast flowing and the banks were extremely muddy and ripped to shreds! Couple that with bright sunlight and you've not got the winning conditions for pike fishing.

The big problem with the Swinford stretch of the river is the swims: there's really only 4 or so in the first two fields that are fishable and conditions dictate if you can even get down to them due to the steep banks. Not surprisingly, the two pike anglers who'd beat me to the bank were occupying the best swims and the other fishable swims had pretty much been washed away!

I did try one swim but after fishing for 10 minutes I decided that if a fish did come along, landing it would be a dangerous task so erring on the side of safety I decided to up sticks and head to the Crane section for another go.

The conditions were pretty much the same but at least I could get down to the waters edge in relative safety! But with no takers or any signs of fish in the four swims I tried, it looked like this session would be a blank. Not surprising considering the conditions! But it was beaut to be out on the bank and I used my time to study the water and seek out some potential spots for future sessions.

Fingers crossed the weather will improve over the Xmas break and into January. Although I've had loads of small pike over the last couple of months, I've yet to hook into a monster... Watch this space!