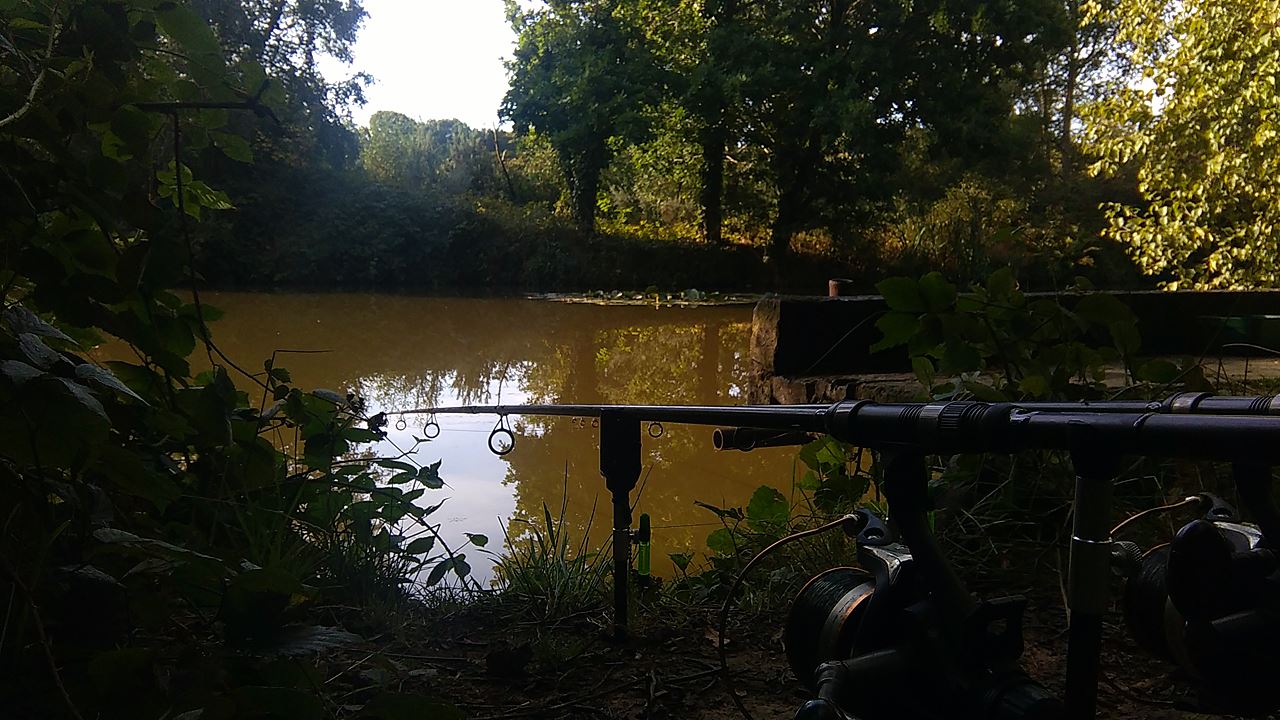 A chance set of circumstances meant I was down in west and east Sussex for a couple of days and with an empty car, it would've been rude not to pack the gear and get the rods out. As the 1st stop on my journey was Lewes my plan was to fish the carp lake at Swanbrough, a venue I've not visited in over 13 years!

But my plans were completely scuppered due to there only being one swim free... Having just got back from the luxury of fishing a 40 acre lake in France with only 5 anglers on it, this was not something I could even contemplate!

So I decided to head down to the Wylands Angling Centre to check out one of their nine lakes. It's a venue I've never fished before but always had on the list so I was pretty excited pulling into the car park. Luckily the 1st person I got chatting to was the bailiff who gave me a run down of all the lakes on the complex. His suggestion was to try one of the two specimen lakes and after a walk around, I decided the New Specimen lake was the one. The fish were apparently bigger, it had less anglers on it and on my walk round I witnessed 3 fish lump out in one of the island channels - signs enough that this was a good spot to try!

As I'd wasted time mucking around at Swanbrough it was getting pretty late in the day so I decided to fish two rods with solid bags of pellets and 16mm boilies tipped off with pink and yellow popups. A couple of pouchfuls of boilies around each hookbait and I was set for the night.

The 1st bite came to the right hand rod just on dusk which was positioned off a set of lilly pads - a nice drop back which then turned into a run to the right. A short fight later and a decent looking common of around 16lb was sat in the net - happy days!

That rod went back out onto the spot with some fresh baits around it and I recast the left hand rod which was close to some far margin reads before hitting the sack. I was pretty darn tired and must've fallen asleep instantly.... so it was a bit of a surprise when a single toner woke me up at 2 am!

Again, it was the right hand rod that decided to rip off with a slightly bigger fish this time, a common of around 18lb. The rod went back out on the spot (which wasn't too difficult as my head torch beam was strong enough to illuminate the lilly pads!) and I was just about thinking of crashing out after having recast the left hand rod when it was off again!

Another 18lb common, excellent fishing! I ran through the same routine, redoing a solid bag and firing out a couple of pouchfuls of boilies over the top of each rod before retiring to my bag.

I must've drifted off because the next bite woke me up from a deep sleep, this time a drop back on the left hand rod. This fish had a good bit of open water to play in and put up a much better account of itself but after a good fight, another common of 17lb slipped over the net cord.

After that, the rest of the night passed without so much as a liner. I woke up at around 8.30am and thinking that the specimen lakes would probably be night-bite waters I decided to pack down and head up to the House Lake to try my luck for the last few hours of the session (I needed to be on the road by 11.30am).

The rating for the House Lake was medium and I'd seen several fish lump out the previous afternoon whilst chatting to the bailiff so fingers crossed I could nick a couple of bites before properly packing down.

I wasn't disappointed! The right hand side of the lake already had 5 or so anglers on it so I decided to head round to the left and cast two rods at showing fish, one just off a set of lilly pads and the 2nd in a channel between two of the islands. The 1st rod in the channel ripped off 20 minutes after casting out and the pads rods half an hour later! Nothing massive, two commons of around 8lb but good fun.

So not a bad session! It's always good to catch on a new venue and it was great to tick Wylands off the list of places that I've been itching to fish. I will return to Swanbrough as it's a complex I have fond memories of and I'd love to catch one of their amazing scaly carp. If the 15lb fish we used to catch are still in there, they should be monsters by now!