The weather has been all over the place recently, sunny one minute, frosty the next, rain followed by winds and then back to sun...

But this Sunday was a scorcher and having got some new baits to try out from Innate Baits, I was super keen to get out on the bank. The only option was a sneaky overnighter as there were plans for the whole weekend and I need to be back home by 8am for work the following morning, a local venue was needed.

I've fished Windmill Fishery 3 times in the past and being around 15 minutes up the road (and most importantly, on a route that Bristol Water don't appear to be (yet) destroying with road works...) it fitted the bill. It's not the most picturesque water but it's slowly coming into it's own and with fish reported to 20lb with a couple of bonus 30lb (if you believe the website!) there's always a chance of getting a fish on the bank

So after a beaut afternoon in the park with the family, I loaded up the car and arrived at the fishery around 5.30...

...to find the lake completely empty! So many of the waters around Bristol are rammed pretty much all the time so it was a result to find I had the pick of the swims. Even with the choice of the whole lake, I decided to set up in the swim I've fished in on my previous visits. It's a cracker as it commands the canal running between the two bowls, open water in front of you and an island to the right. 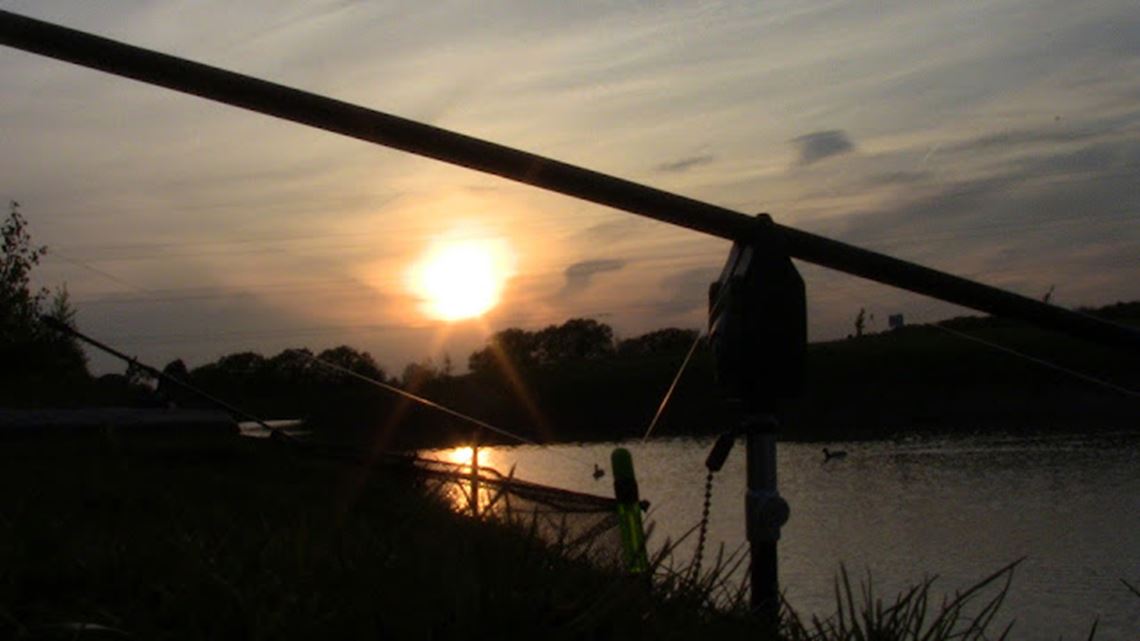 The first job was to find some spots to fish. The first one was 12 wraps in front of me, right in the middle between the bank and the island. There's a slightly deeper spot there that I've had fish from before and it's a good spot to start. The second spot was in a margin bay on the island to the right, 7 and 3/4 wraps out. And the 3rd spot was to the left in the canal, again a spot I've had fish from. Although you can only use two rods, I always think it's worth having 3 spots baited so you can toggle between them depending on when you get bites.

With the weather being as it was and the fact we were at the end of a weekend (so the lake had possibly seen some bait?) I decided to go light on the spodding: 7 over the long range spot and 3 on both the short range areas.

I've really got into solid bag fishing of late so both rods went out with a bag filled with 'pimped pellets' and a Blueberry boilie on the hair. The pellets are a bit special having had a mix of various oils, powders and liquids soaking into them for a week... They smelt amazing, really carpy!

In the past, I've not had an early run on the lake and this session was no different. It wasn't until around 8.30pm once I'd set up the bivvy, got dinner on and sat back to enjoy the sunset that the bobbin on the right hand rod shot up to the blank! Initially, the fish didn't take any line and seemed to be attempting to head round the island point at the far end of the lake... However, once I'd bent into the fish it slowly began coming towards me and a short fight later there was a plump carp in the net.

Unfortunately, I didn't manage to get any footage of the fish as my video camera decided to stop recording. I've no idea why, it's the 2nd time it's done it to me and it's bloody annoying! So you'll have to take my word for the fact it was a common of around 16lb, which is the average size for the fish in the lake.

After the fish was slipped back, I had to have a bit of a rethink about the longer range spot as I had some new neighbours. They'd set up pretty much directly opposite me and were non too keen on me casting into their 'area' (I spose it was closer to them than me but then they weren't here when I arrived?!) With the light falling, I decided to bring the rod shorter into the bay but stick with the same bolie. I fancied a change on the left hand rod though and put that out with one of the new tuna washed out pink popups. They smell and look perfect: a good tuna 'hum', almost white/pink and 10mm in size. Both went out with a bag of pimped pellets and I set about getting to bed.

The next run came at pretty much 2am on the nose and I managed to get this one on film, even though in the rush to get out of the bivvy I forgot my head torch and nearly ended up in the water trying to land the fish ;) A mirror this time, again around the 16lb mark. 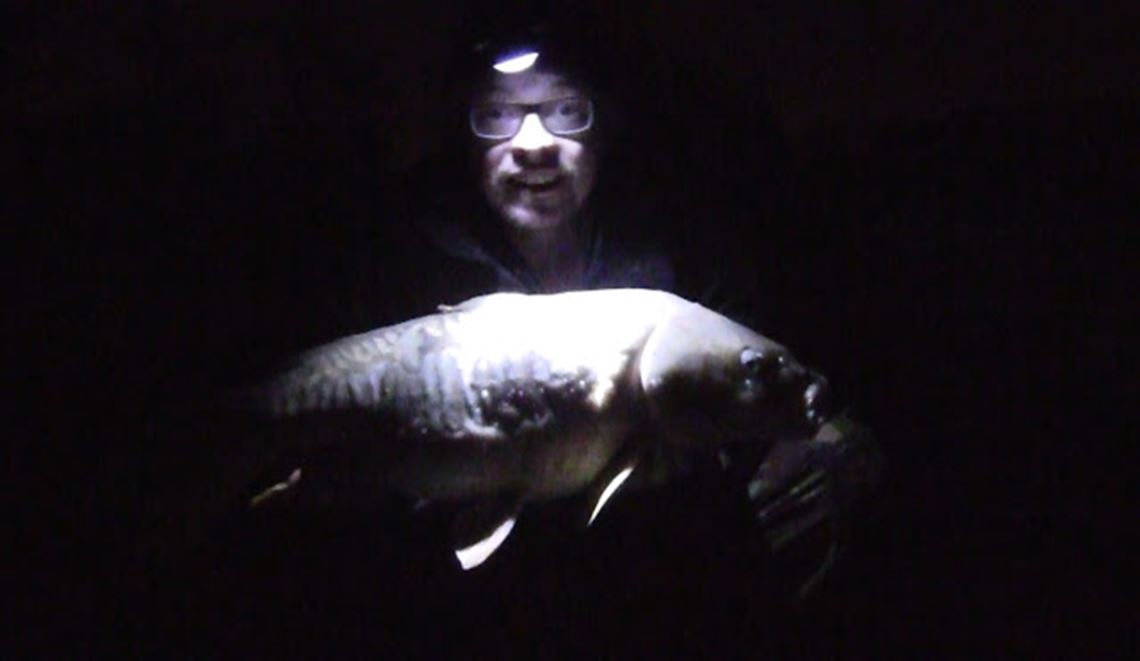 As I was up, I decided to redo both rods. As the right hand rod came in minus a bait, I decided to put both out on the washed out tuna popups. I don't think there are crays or nuisance fish in the lake but I have suffered from missing baits in the past... Maybe I need to look at bite indication? Very strange...

Luckily it didn't take me long to get back to sleep and I woke up at 5am to a stunning sunrise.... and a bite! This time on the right hand rod, again on the pink popups. This fish was slightly smaller than the other two, a common of around 14lb but it gave me quite a run around the lake, probably one of the best fights I've had from a Windmill carp. This one was slipped back and I crashed out yet again.

I was up at 7am to pack down (the new bivvy is brilliant!) and was on the road by twenty past, back home by 7.45am and at my desk by 9am. A pretty much a perfect quick overnight session!