I took part in my 1st ever fishing match at Bitterwell Lake Fishery today - a Cast For Life event, organised by Tyler Szmaglik, with all proceeds going to Cancer Research UK.

I now have a new found respect for match fishermen... They sure make it hard for themselves!

It was really, really hard fishing! For a lake that I regularly pull somewhere between 5 and 20 fish out in a 3 hour evening session, I really struggled... The rules state no floating baits (darn it, my favourite method gone!) and only one rod/pole out at a time (double darn, I love to have a 'sleeper' rod out and a 2nd catching loadsa fish!).

Having arrived at the lake at 8.30am and had a walk round and a bacon bap, I could tell it was going to tough going: it was already really hot and all the fish were up on the surface, leaping around and generally enjoying the sunshine. We did the draw, I got peg 1 (right in the far corner of the car park bank) and we headed round to set up.

My 1st fish fell to the pellet waggler at around 11ish - an hours solid feeding for 1 fish?! I persevered but the fish were just headbutting my float rather than sinking all of a foot under the surface to get my bait. If only could put out some doggy mixers! I kept at it, bouncing between the 2 rods, keeping the bait going in little and often and tring to 'keep busy' rather just sitting in the sun.

By 2pm I was really getting desperate... One 3lb carp in the keep net was not going to get me anywhere! The clouds had come in and although it was still very hot, the fish wernt quite as active on the surface. So I decided to go for an all out for the method approach, switching both rods and getting them going in onto two spots. 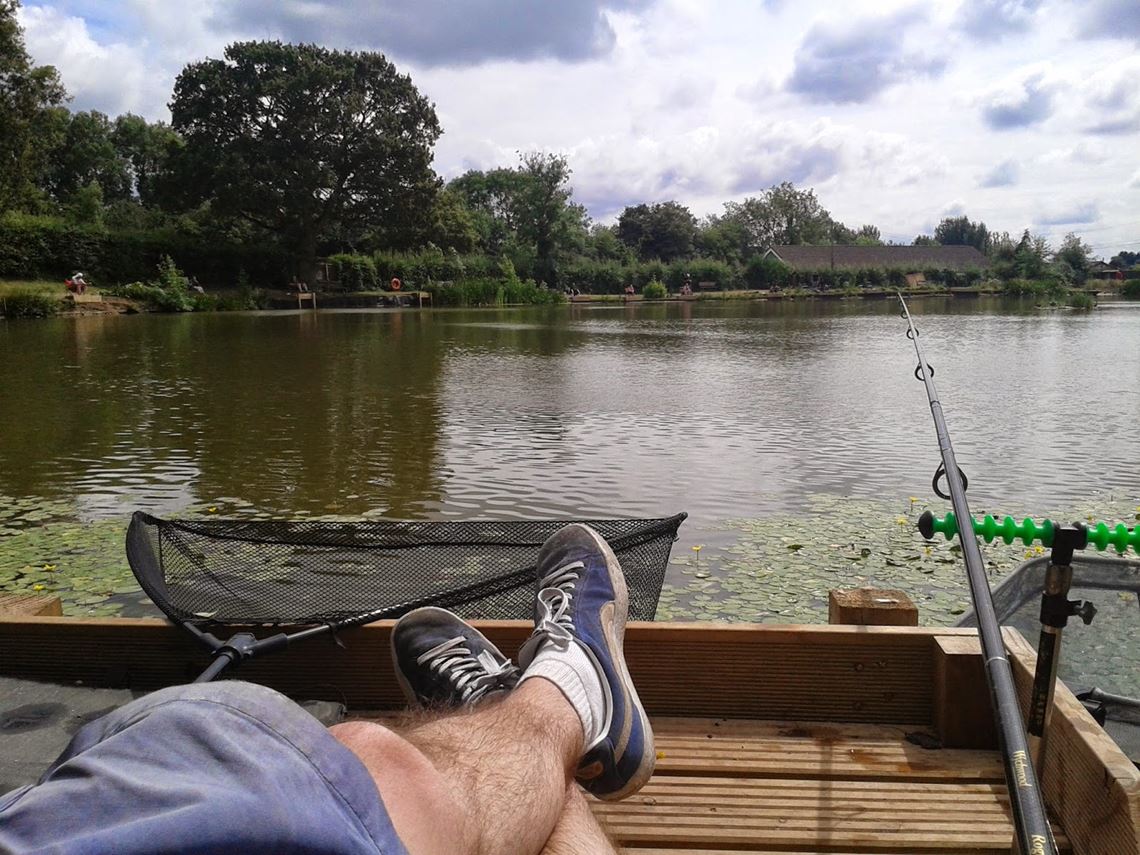 And somehow, I managed to get into the fish! It seemed they were happy to feed on the bottom and I managed to pick off 3 in the space of 20 minutes. Luckily, one of them was a double and according to Tyler, that put me back in the running! After a couple of lost fish though, the swim went dead... I kept at it, got one tiny roach who decided to hang itself on the feeder but they really weren't interested.

The 'all in' came round at 4pm and I instantly got the doggy mixers going in - I was desperate to put some fish on the bank, even if they didn't count towards the match! There were so many fish up on the surface and as they'd be taunting me all day, it only seemed fair?! 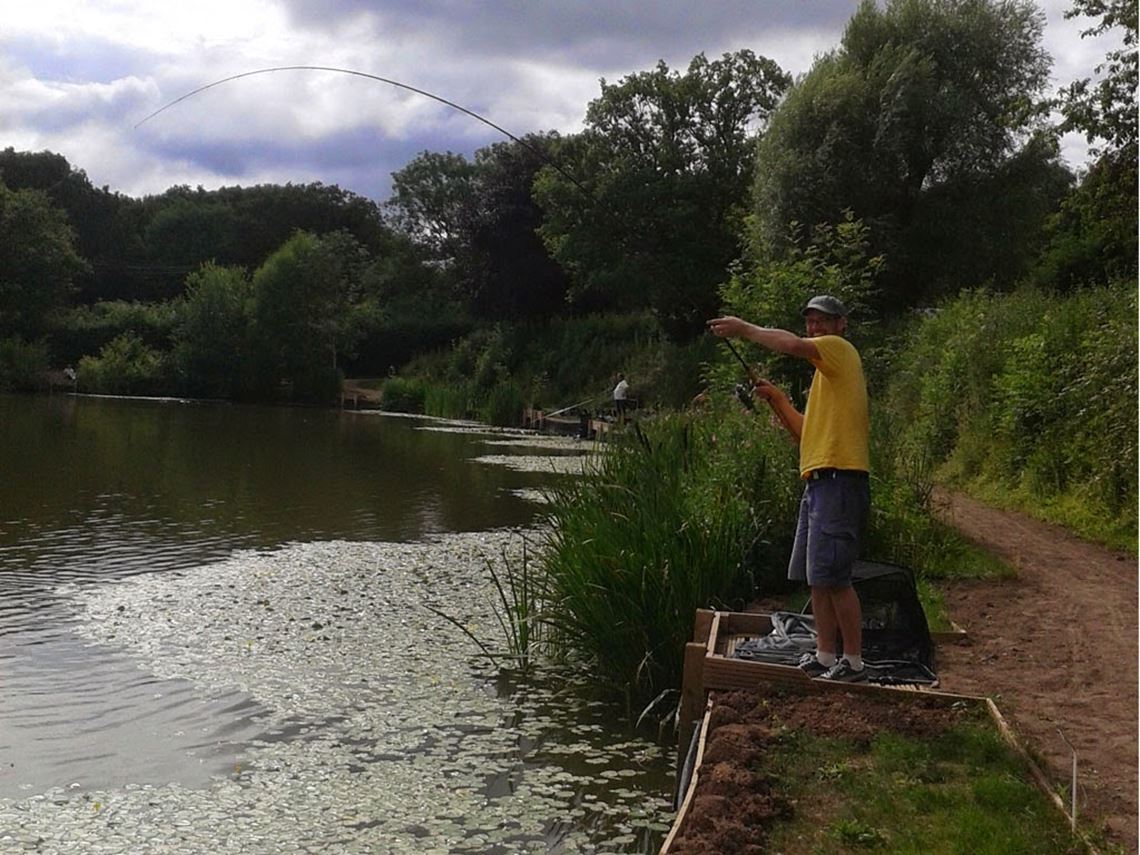 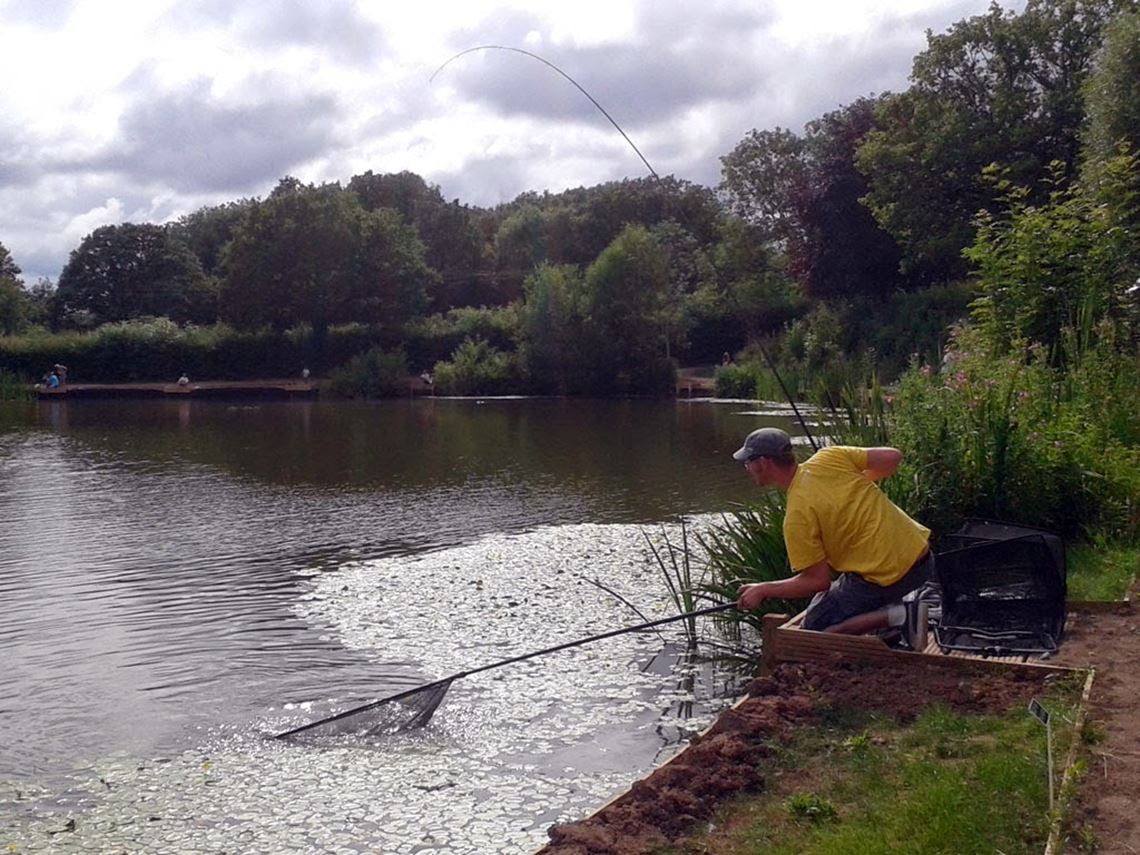 It took all of 5 minutes to hook into a decent size common ;) If only the match allowed surface baits eh?! 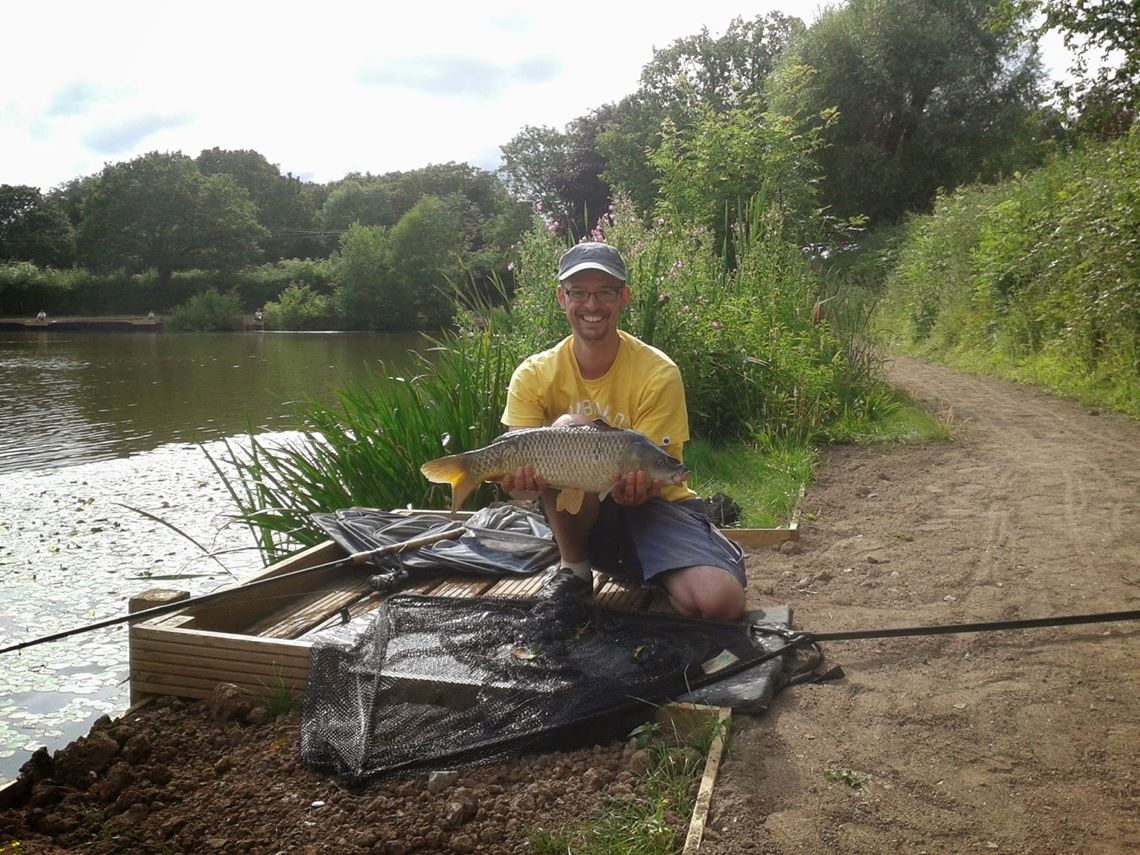 But the weigh in revealed that I'd actually come in 3rd - result! The word up and down the bank was it'd been a tough day all round and to score a place with 17lb of fish goes to show just how hard it'd been. Congrats to Norman Sterry and Craig Miller for nabbing the top 2, well placed.

What I did't expect was prizes - who knew?! I had no idea... Even managed to win some Guru hooks in the raffle, so went home with some new toys, one of which was a rig box (which now means I no longer need to use a toilet roll to manage my rigs...). Amazing stuff. 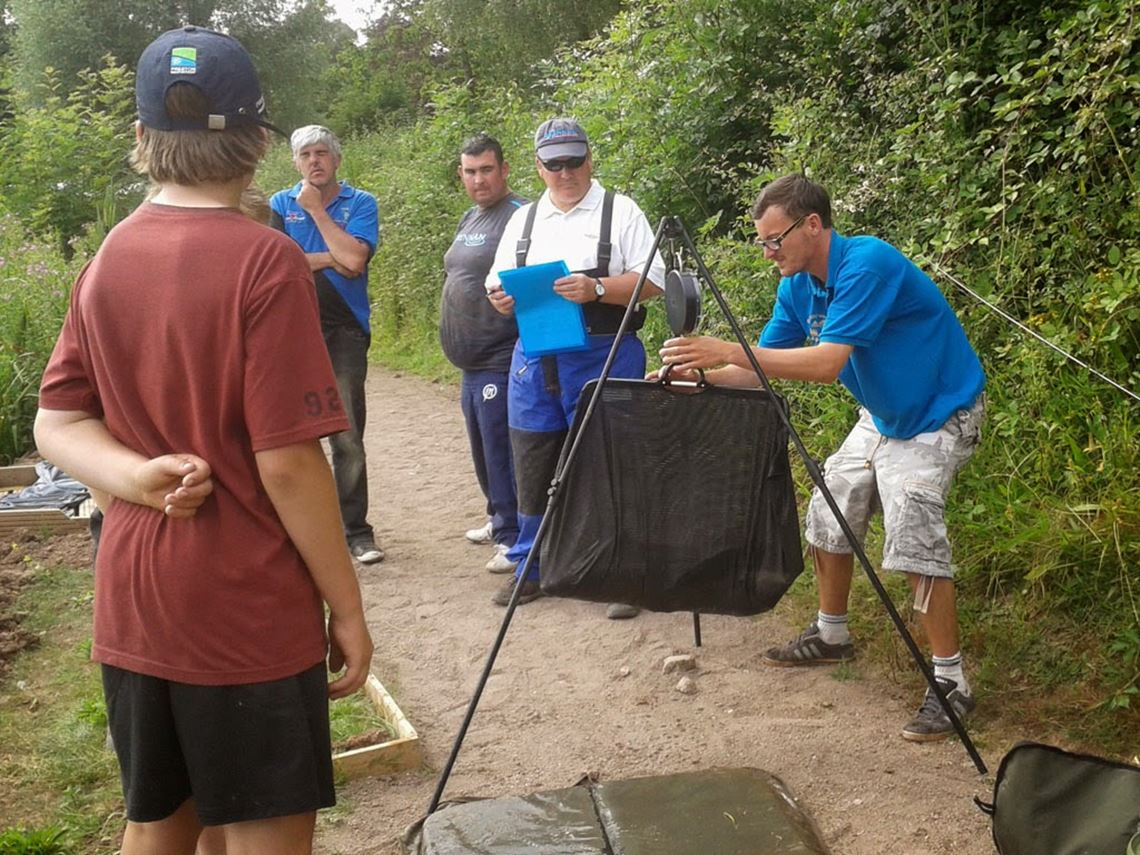 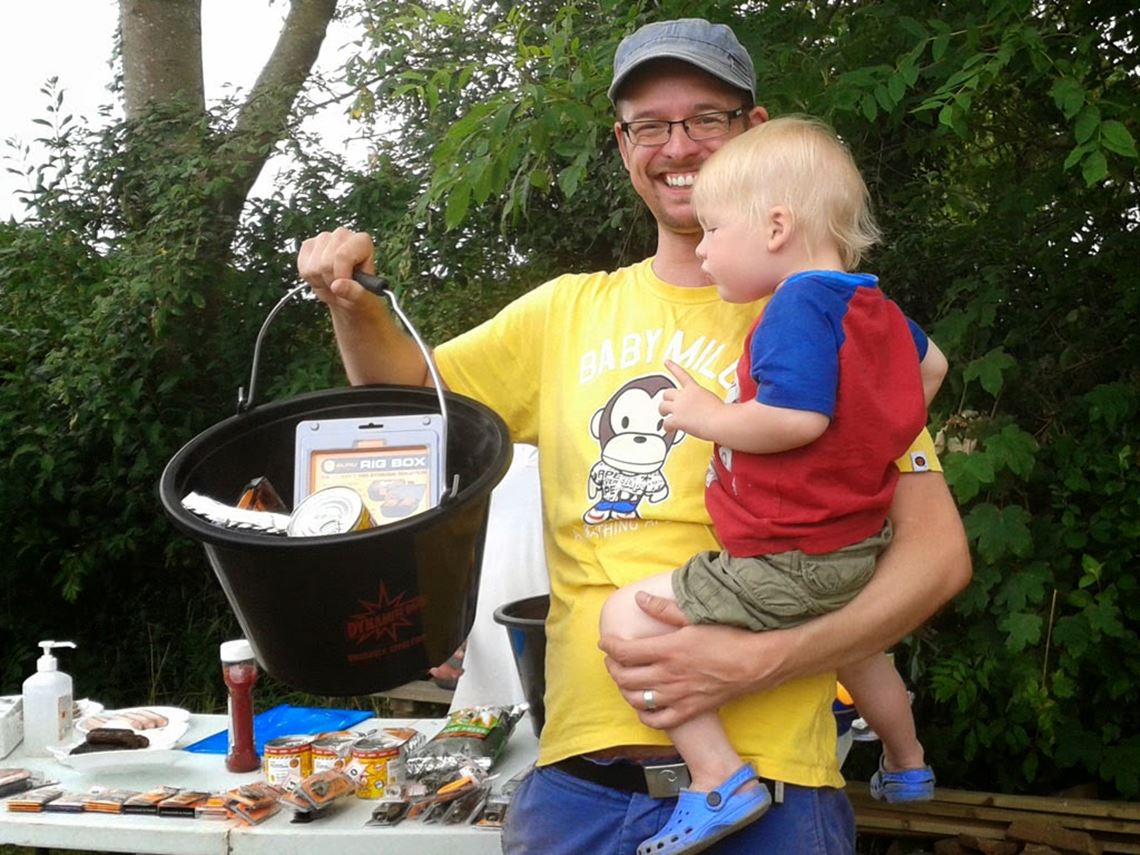 A big thank you for Tyler Szmaglik for organising the event and prizes, you've put a lot of effort in. And my thanks to Terry Smith for the lend of your keep nets (and for letting me have a go on your pole! It was... interesting...). 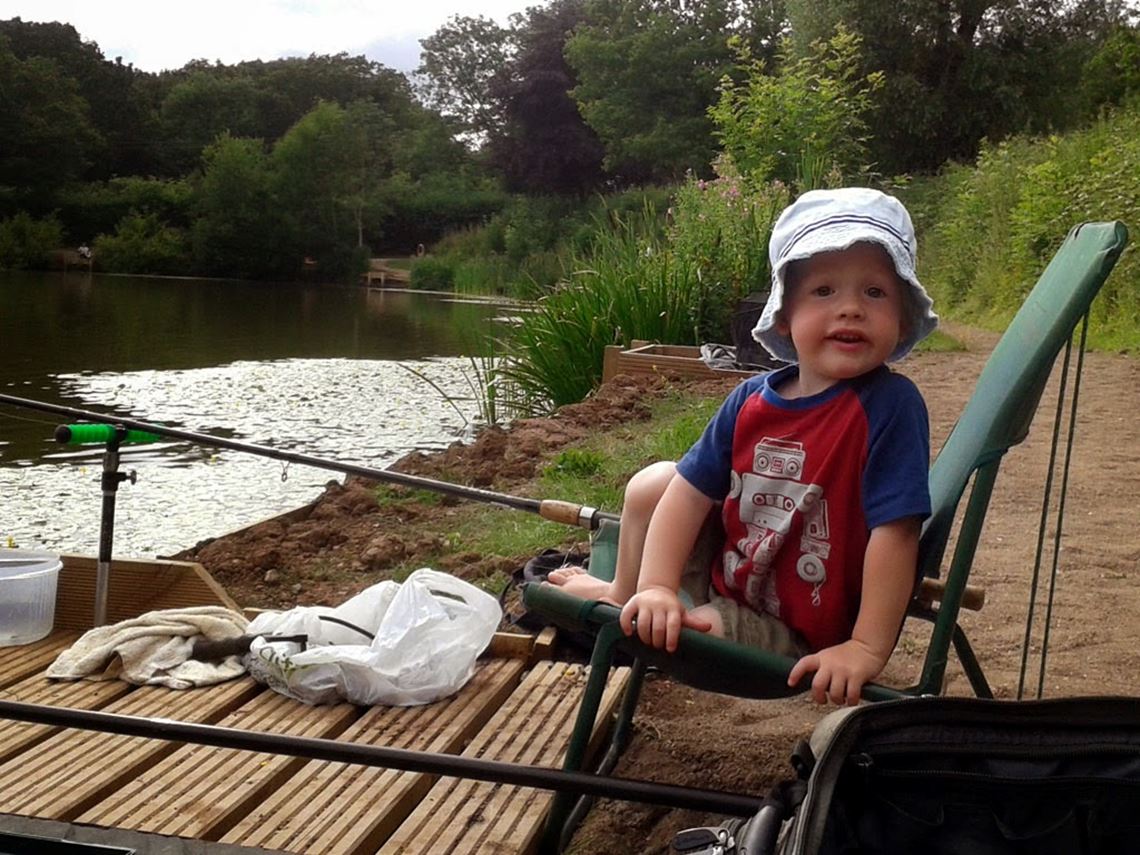 Oh, and a mention for Alfred who's been asking to have a go at fishing for ages. He's very good at winding in - just need to work on when to stop...